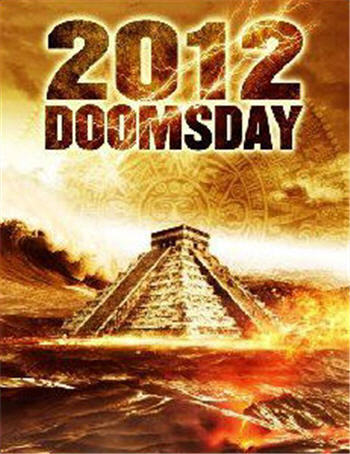 This is the third and final installment of articles on the 2012 doomsday theory—for now. Since I wrote the book 2012, the Bible and the End of the World, which was released last week, the media attention to this issue has been gaining momentum. Articles continue to pop-up in various publications and outlets.

On Fox News, Shawn Hannity recently featured a segment that delved into the whole 2012 subject.  Even Adam Lambert, who finished second in last years “American Idol,” has a new song that is featured on the “2012” movie soundtrack. His debut song is already causing quite a stir on the music scene.

The movie “2012” continues to roll out new apocalyptic posters and more clips from the movie. The move is directed by Roland Emmerich, the man behind “Independence Day” and “Day After Tomorrow.” The official movie trailer pictures a solar eclipse, rioting at the 2012 London Olympics on Downing Street after the Olympics are suspended, the city of Rio de Janeiro submerged in water while the city’s iconic the Christ the Redeemer statue crumbles, and the dome of St. Peter’s Basilica in Rome crashing down as horrified masses look on. And this is just the beginning of earth’s woes on December 21, 2012.

So, what are people expecting to happen? Many are expecting the earth’s poles to shift, a close call or even a collision with the tenth planet in our solar system (Planet X), solar Armageddon as the sunspot cycle goes wild, world-ending tsunamis, eruption of super volcanoes, and possibly even the beginning of a new age of global consciousness and transformation that will usher in a new age of humanity. And all this, simply because the earth and sun will be in galactic alignment with the equator of the Milky Way galaxy.

This may sound far out to you, but many people are very worried about 2012. I talked with a person very high up at Fox News a couple of weeks ago for an entire hour filling her in on my take on 2012 and the end times. She expressed to me that she had some serious anxiety that there could be something to all of the 2012 stuff. Even some Christians are beginning to promote 2012 as a year of eschatological significance, possibly the year of Christ’s Second Coming and the beginning of the great tribulation. Familiarizing yourself with some key information about 2012 may give you many opportunities in the next three years to be an ambassador for the truth in your office, neighborhood, and family.

For those who want more information about the whole 2012 doomsday theory, I will be presenting two messages on this topic at the church I pastor (Faith Bible Church in Edmond, OK) on two Sunday evenings, October 11 and 18. You can access them at edmondfaithbible.com.

Episode 58: Loved Ones in Heaven