The Associated Press headline reads: “Confirmation of flu cases raises threat of outbreak.” The swine flu is the lead story on network and cable news. The world is gripped with fear of a global pandemic.  The number of suspected swine flu cases in Mexico has quickly climbed to 1,614 and still rising, including 103 deaths. Cases of swine flu have been confirmed in the U.S. in California, Kansas, New York, Ohio and Texas. So far, in the U.S. none of the cases have been fatal.

Nations all over the globe are bracing for the worst, but no one knows at this point if it can be successfully contained. Nine students and a teacher from Rangito College in Auckland, Australia have tested positive for influenza A, and it’s believed that they contracted swine flu after a recent trip to Mexico. Samples have been sent to confirm that they have swine flu.  Five others in Australia New South Wales are feared to have the disease. New Zealand has activated its pandemic response procedures— just in case. China’s Health Ministry is on high alert for a swine flu outbreak.

The nightmare pandemic, the Spanish flu in 1918, killed a staggering 500,000 Americans and 20 million people worldwide. One of the key factors that has worried health officials is that the world today is much different than it was in 1918. Globalism and rapid means of travel have added fuel to the influenza fire. The recent swine flu outbreak highlights this fear just like the SARS outbreak a few years ago. It’s a sobering illustration of how quickly a disease can spread around the globe. People from the U.S., Australia and probably other places have contracted the disease in Mexico and transported it back home with them. Disease can spread much more rapidly today than any time in history.

There are two key New Testament prophecies that warn of global pandemics in the end times. Jesus Himself predicted that in the end times there would be sweeping plagues that would wreak havoc all over the world (Luke 21:11). The Apostle John predicted, in the fourth seal judgment of Revelation 6, that end time plagues or pestilence, along with other disasters, would wipe out 25% of the world’s population. Describing the fourth horseman of the apocalypse, the rider on the pale horse, John said, “And authority was given to them over a fourth of the earth to kill with sword and with famine and with pestilence and by the wild beasts of the earth” (Revelation 6:8b). There are signs today that point toward these global plagues that will kill millions or even billions during the end times. The world stage is ripe for the kind of global scourge predicted in the Bible for the end times.

No one can say for sure that any plagues or pandemics we currently see on the horizon are the ones predicted by Jesus or John. But we can say that globalism, rapid means of travel, and dense urban populations have paved the way for this kind of sudden devastation. The world climate is just what Jesus predicted for the end times. His coming could be very soon. 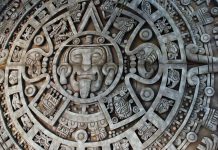 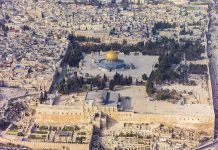